Is the North Pole in Lapland?

For many it is not obvious where the real Lapland actually is. Some might even wonder whether the North Pole is in Lapland.

If we continue the geographical theme then we can also say that most of Lapland’s area is on the northern side of the Arctic Circle. Rovaniemi, the biggest town in Lapland is actually quite close to the Arctic Circle.

Travelling from Finland to the North Pole

If you are visiting Lapland, you may wonder if you could visit the North Pole while you are pretty up north anyway.

But don’t be scared, normally temperatures in the winter time are somewhere between -15 and 0˚ Celsius. When the temperature drops really low, the locals usually say that it is just a question of what clothing should be used. They will tell you that there are no such thing as too cold weather.

Did you know by the way that the North Pole is actually warmer place than the South Pole? That is indeed the case. The reason is that the North Pole is is basically above the sea, and the sea water has a warming effect over there. South Pole on the other hand is on solid ground on Antarctica which is at higher latitude and therefore much colder place.

Is Lapland in the North Pole?

So, here we have answered a couple of very relevant questions about the location of Lapland. We hope that you now have a clear picture on your mind about the connection between Lapland, the North Pole, and even the South Pole.

If you still have questions in mind related to this subject, please do not hesitate to post a comment!

Pyha-Luosto is situated in central Lapland, near Sodankyla and Pelkosenniemi. It’s not the biggest resort in Lapland but certainly not the smallest too. 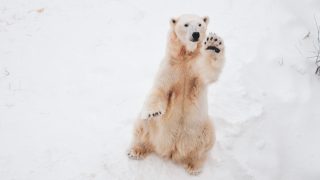 Here we have collected a list about some interesting facts about Lapland.

Saariselka is a largish holiday center and ski resort high up in eastern Lapland. It is about 250 km north of the Arctic Circle and nearly 1000 kilometers away from the capital of Finland, Helsinki.