Rovaniemi is the capital of Lapland

Rovaniemi is the biggest city in Lapland Finland and also the capital of Lapland. The city of Rovaniemi is situated near the Arctic Circle and between the Ounasvaara and Korkalovaara hills, at the confluence of the River Kemijoki. Rovaniemi is the centre of business and education in Lapland, mainly because of its central location. There are as many as 10 000 university and university of applied sciences level students living in Rovaniemi. It means that even over 20 per cent of the Rovaniemi inhabitants are students.

ROVANIEMI — THE HEART OF LAPLAND

Rovaniemi Lapland is not just a city full of students and business men – it’s a lively city full of attractions. For example if you want to meet the only real Santa Claus, go to Santa Claus’ Village. The nightlife is also very lively in the city of Rovaniemi Lapland. There are many night clubs and bars to spend an exciting night with your friends. If you prefer more peaceful holiday, remember that it’s just a short trip from the centre of Rovaniemi to the surrounding nature.

Traveling to Rovaniemi Lapland is easy because there is airport just near the city centre. The Rovaniemi Airport is located only about 10 kilometers from the city centre and the airport stands literally on the arctic circle. Santa Claus Village and Santapark are only 2-3 kilometres from the airport. Depending on where you come from, you can also travel by train or even by bus. Accommodation is not a problem either; there are quality hotels, motels and cabins. In the summer you may want to stay at the Rovaniemi Camping. Summer is actually perfect time to pay a visit to Rovaniemi because the Midnight Sun can be seen from June 6th to July 7th.

This website is made for anyone interested in visiting Rovaniemi. Browse through the site and come to visit the Heart of Lapland – Rovaniemi!

Visitor from all over the world come to the Camping Rovaniemi to enjoy Rovaniemi Lapland at its best.

Here we have gathered some information about the attractions in Rovaniemi.

One of the most interesting attractions in Rovaniemi is Arktikum. At the same time Arktikum is a museum, science centre and popular cultural venue. Arktikum gives the visitor a unique insight into the culture and history of Lapland and it’s people.

Arkitkum is located by the River Ounasjoki not far away from the centre of Rovaniemi. It is easy to find and well worth it. The building itself is a great architectual creation.

Rovaniemi Church is one of the places you should see when visiting Rovaniemi. The massive church with it’s beautiful architecture is well worth a visit.

Brand new shopping centre in the middle of Rovaniemi. Revontuli was build in 2007 and has become a popular place for shopping and also meeting people. There are numerous shops and great restaurants in Revontuli. Revontuli means northern lights in Finnish.

Sampokeskus was the biggest shopping centre before Revontuli came to Rovaniemi. Anyway don’t forget to visit this great place. It has some great shops and it’s a great place to meet some people.

When Lordi won the Eurovision Song Contest in 2006 the city of Rovaniemi named a square in the centre of Rovaniemi after Lordi. Lordi’s Square is just beside Sampokeskus so it’s easy to find and visit both of the places at the same time.

ROVANIEMI — THE CENTRE OF LAPLAND

The city center of Rovaniemi itself is very small with a radius of about one kilometer, and everything inside it is within an easy walking distance. The bridge called Jatkankynttila is something you should see at your visit in Rovaniemi. Especially at the night the bridge looks astounding with its amazing lights.

One of the noticeable features in Rovaniemi is river Kemijoki, the longest river in Finland, which runs next to the centre. On the west side of the river there is large hill Ounasvaara where you can go active with some winter sports.

At the Santa Claus Village, 8 km north of Rovaniemi and right on the Arctic Circle you have a chance to meet Santa himself. Santapark is an underground amusement park.

Arktikum is one of the best museums and science centers in Finland, focusing on life in Lapland through the ages. Lordi’s Square is a square in the centre of Rovaniemi which is named after Mr. Lordi, the winner of Eurovision Song Contest.

Ounasvaara offers you great possibilities for cross-country skiing, downhill skiing and snowboarding. There is also a great selection of hotels in Rovaniemi. In the summer there’s a popular camping area in Rovaniemi which is just in the side of Kemijoki and only a short walk away from the city centre.

Rovaniemi Airport, located 8km north from the city center, is the largest airport in Lapland, Finland. To get to the Rovaniemi center you have to take a bus or a taxi. It’s also possible to travel to the city of Rovaniemi by train from the southern parts of Finland. 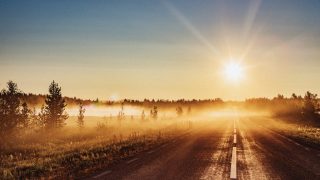 Midnight Sun is something very special only a few places in the world can offer and Lapland Finland is naturally one of those places. 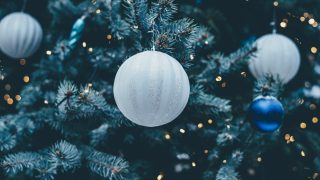 How about Christmas in Lapland, 2019? Lapland is naturally the best place to spend your Christmas. 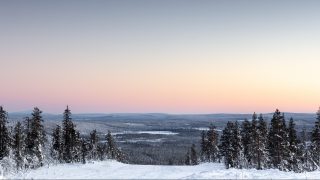 Are you not sure if Lapland is worth a visit in the spring? Read this article as we will list various reasons to visit Lapland in spring. 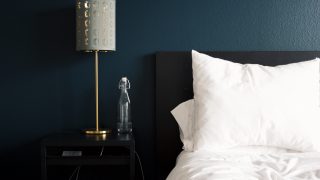