Where exactly is Lapland?

A question often asked by many is “Where is Lapland?”. Where in the earth is the home of the Santa Claus? Lapland is situated on the arctic circle, in Finland. The winter in Lapland can be cold, but in the summer the sun won’t set down for months. We’ll let you know where is Lapland located!

What country is Lapland in?

Lapland is located in Finland, northern Europe. So where is this little country called Finland then? Finland is in northern Europe, Scandinavia. The closest neighbors of Finland are Sweden, Norway, Estonia and Russia.

The northernmost part of Finland is called Lapland. Finland is also part of the Scandinavian countries, along with Sweden, Norway, Denmark and Iceland. Lapland takes about a third of Finland’s total area. The southern neighbouring country of Finland is Estonia.

Many children wonder the location of Santa Claus (Father Christmas). We can tell you that the real Santa Claus comes from the Finnish Lapland. The exact location is a top secret but you’ll probably find it once you visit Lapland!

How to travel to Lapland?

The most likely way for you to travel to Lapland is by plane. If you are coming from Asia, Africa, America, or some other place far away you will most likely change the plane at the capital city of Finland, Helsinki.

Is Lapland a country?

No, Lapland is not a country. Lapland is the northernmost part of Finland, in northern Europe. It is a large area with not that many people living in it. That makes Lapland so unique. There you can really experience the peace of nature. That’s not all that Lapland can offer as you will find out by browsing through this website.

Sometimes Finns joke that Lapland should be its own country, separated from Finland. These are just jokes, and there are no plans to separate Lapland from Finland.

Lapland is well known for its amazing nature and wilderness. The nature of Lapland is unique and you can’t experience anything like that anywhere else. One of the best ways to relax is of course in the nature and in Lapland it’s easily possible.

There lives only 2,1 people per square kilometer in Lapland, so there are plenty of space for everyone to see and feel the magic of the Nature in Lapland.

For example midnight sun, northern lights, reindeers and hundreds of lakes are something that gives Lapland a unique nature.

Some of best ways to experience the nature of Lapland are hiking, trekking, downhill skiing or snowboarding and cross-country skiing.

All the four seasons offer different aspect to the nature of Lapland. Long-lasting winter shows the rudeness and the uniqueness of the nature at the same time. In the summer you should definitely stay up late because of the midnight sun.

In the autumn (aka fall) the magical colors of Ruska will amaze you. Ruska is a Finnish word and in English the best description for the phenomenon is probably Autumn leaf colors.

Ruska is time when the summer is over and leaves of the trees get a new color. The colors varies beautifully from shades of orange and yellow to green and brown.

In Lapland and Finland in general it’s possible to camp freely in the woods and in the mountains. The laws which make it possible are often called “Everyman’s Rights”. Everyman’s Rights allow you to freely pick up for example mushrooms, blueberries and lingonberries. You can as well hike, ski or bicycle freely in the nature.

Keep in mind that it’s nevertheless your responsibility to leave no trace of your actions. Don’t leave any garbage behind and when you leave the camp site make sure it looks as good as (if not even better) when you arrived there.

Remember also that you are not allowed to break off any trees in the nature. Enjoy the nature of Lapland with Everyman’s rights but also respect the rules and the nature.

Lakes and reindeers in Lapland

Two well-known trademarks of Finland and especially Lapland are numerous lakes and reindeers. Finland is often called the Land of the Thousand Lakes, and there is a good reason for that.

Indeed there are thousands of beautiful lakes in Finland and you can see a lot of these lakes also in Lapland. The view from the lakeside is certainly one of the most photographed views in Finland.

Actually in Finland there are almost 200 000 lakes which are larger than 5 hectares and just over 300 lakes with an area more than 10 square kilometers. The five largest lakes are Saimaa, Suur-Saimaa, Paijanne, Inari and Pielinen. Inari is located in Northern Lapland near Ivalo and Saariselka.

Around those amazingly beautiful lakes live estimate of two hundred thousand reindeers. So maybe Finland could be also called The Land of Hundred Thousand Reindeers.

So, now you know where is Lapland. Please  leave a comment if there are more things you would like to know about Lapland, it’s exact location etc. 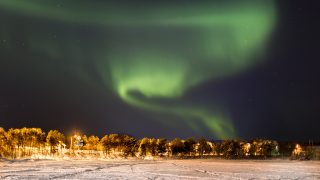 Another amazing nature's phenomenon which occurs in Lapland is the Northern Lights -- a colorful phenomenon seen in the sky. 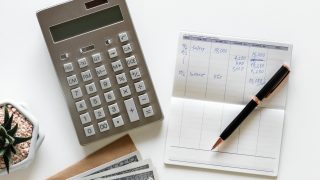 There is always a possibility to have an enjoyable cheap holiday in Lapland.

Levi is one of the largest winter sport resorts in Lapland and whole Finland. It is located in the Kittila municipality in Finnish Lapland.