Kuusamo Ruka is a major center for winter sports and receives as much as a million tourists every year. Ruka is also the host of many international competitions in ski jumping, cross-country skiing and Nordic combined.

Karhunkierros (The trail of the bear), is the most popular hiking trail in Finland. The 80 km long trail leads through two beautiful national parks. There are also several shorter variations of the trail. The huts tend to get full during peak season (end of June to beginning of August), so you should consider bringing your own tent. Is there a better way to see the nature of Lapland than hiking?

Want to have a more peaceful family holiday? Well of course that’s possible in Ruka too. Just rent for example a log cabin and spend your holiday in environment you can’t find anywhere else than Lapland. 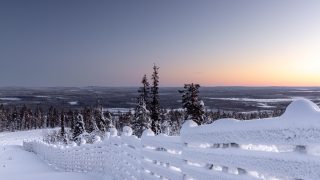 Levi is one of the largest winter sport resorts in Lapland and whole Finland. It is located in the Kittila municipality in Finnish Lapland. 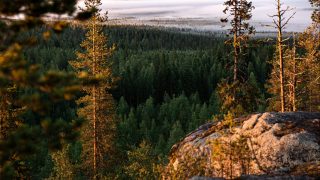 Did you know that in the summer Lapland can offer quite magical atmosphere?